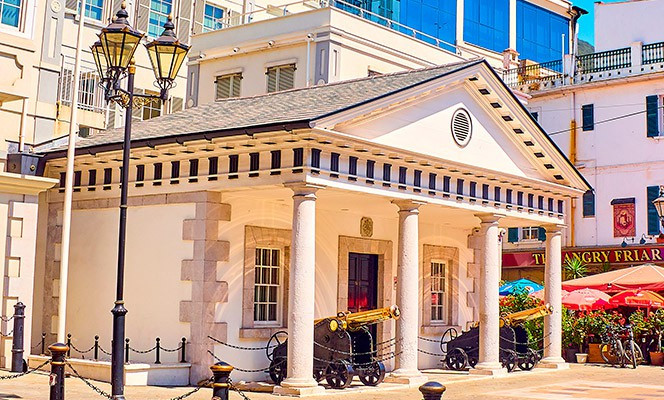 Her Majesty’s Government of Gibraltar has filed a denuncia (complaint) with the Spanish national prosecutor’s office (Fiscalía General del Estado) complaining that statements emanating from the far right political party VOX constitute an incitement to hatred of the people of Gibraltar and their institutions.

In a reflection of  political trends across the Western World, VOX has lately stormed into the Spanish political scene. In the Congress of Deputies of the “Cortes” it has gone from zero to 52 out of 350 seats and also gained representation in the Senate and the European Parliament as well as regional and local authorities throughout mainland Spain, the islands and overseas territories.

The Spanish claim to the British territory of Gibraltar, which was ceded in perpetuity to the then recently constituted British Crown in 1713, is one of long standing and has traditionally been an issue of particular concern to the Spanish right.

The Gibraltar Government complains however that the narrative used by VOX against the Gibraltarians (who number around 30,000) is an incitement to hatred punishable under Article 510 of the Spanish Penal Code.

“1. Those who provoke discrimination, hate or violence against groups or associations due to racist, anti-Semitic reasons or any other related to ideology, religion or belief, family situation, belonging to an ethnic group or race, national origin, gender, sexual preference, illness or handicap, shall be punished with a sentence of imprisonment from one to three years and a fine”.

2. Those who, with knowledge of its falseness or reckless disregard for the truth, were to distribute defamatory information on groups or associations in relation to their ideology, religion or belief, belonging an ethnic group or race, national origin, gender sex, sexual preference, illness or handicap shall be punished with the same penalty”.

In its complaint the Gibraltar Government contrasts the well documented co-operation between authorities including the law enforcement agencies and  judiciaries in Gibraltar and Spain and Gibraltar’s commitment to uphold law and order with the repeated, unsubstatiated claims by VOX and some of its national leaders that Gibraltar is a centre of organised crime and the drugs trade which, in addition, they say, abuses the thousands of Spaniards who work in Gibraltar. The complaint avers not only that the allegations are patently false but also that the language used is part of a concerted narrative aimed at engendering hatred for Gibraltarians among Spaniards.

The named individual defendants are all VOX national leaders and the Gibraltar Government highlights how VOX’s leader in the neighbouring Spanish district has also accused his own party’s national leadership of inciting hatred against Gibraltarians in a region where, for the most part, people on both sides of the frontier have for centuries enjoyed cordial and fruitful relations.

Because some of the intended defendants are members of parliament it is expected that the denuncia will be transmitted to the special counsel’s office of the Spanish Supreme Court which has jurisdiction over parliamentarians.

Filed on the 17th December 2019, the denuncia has already received wide coverage throughout  Europe with Chief Minister Fabian Picardo drawing similarities with the 1930's in Central Europe and the early 1990's in the Balkans.